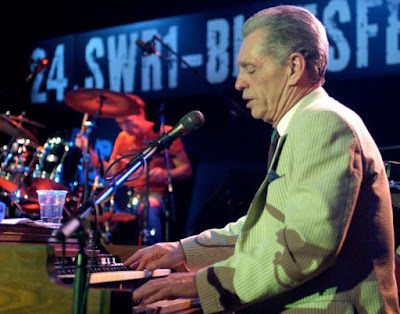 LEIGH lad and legend Georgie Fame is heading back home for a fantastic Friday.


The singer who was one of the country's biggest stars in the 1960s, will be honoured with a star at Believe Square outside Leigh town hall on Friday afternoon.


And tomorrow night he will lead the tribute to Centurions player Steve Maden at a special testimonial concert at the Sport Village.


Georgie, born Clive Powell, now aged 71, is the only British star to achieve three number ones hits with his only top ten chart entries; Yeh-Yeh in 1965, Get Away in 1966 and The Ballad of Bonnie and Clyde in 1967.


After learning to play the piano from a young age the former Leigh Central County Secondary School pupil got his first break at 16 touring with names including Marty Wilde and Eddie Cochran among others.


When Georgie Fame and the Blue Flames formed they reached chart highs with their 60s hits.


Since then he has been known for his collaborations with a collection of some of music’s biggest names such as Van Morrison, Eric Clapton, Wigan’s own The Verve and as a founder member of Bill Wyman’s early band Rhythm King.


Lord Peter Smith, leader of Wigan Council, said: “Georgie’s renowned career has spanned more than 50 years and he has brought joy to so many people with his talent. It is only right that we recognise his contribution to Leigh’s cultural legacy and we are delighted his name will join the great figures already awarded a Leigh star.”
Posted by Paul Hooper-Keeley at 12:40