‘Lost in Sound’ – Fay Hallam & The Bongolian (Blow Up)

This is an interesting release on Blow Up Records, a new album that is a collaboration between Fay Hallam (Makin Time/Prime Movers/Phaze/Fay Hallam Trinity) and Nasser Bouzida a.k.a. The Bongolian.

The album contains 10 Fay Hallam originals, with Fay & Nasser playing all instrumentation with the exception of track 1 that features Fay’s (and Graham Day) son, Josh Day, on piano and harp. And track 1 is a real belter – ‘Freefall’ is a blistering opening to this collection and would make a great single. The next song, ‘Dancing’, was originally trailed in the pre-release stage and, again, would have made a good single deserving of radio airtime. The pace slows down for the reflective ‘Lights Are Coming Down’ before the tempo resumes normal service with the excellent piano driven ‘Get Off The Bus’. ‘I Can’t Cry’ has the feel of the Get Carter theme and grooves along quite nicely. ‘Gathering’ is another top song and is followed by a new, and more laid back, version of ‘Alive’ (originally released as the B-side to the Fay Hallam Trinity single, ‘We Live To Shine’ on Biff Bang Pow Records). We get into a cool, lounge music, mood next with ‘Shallow Moon’ before the delivery of the powerful title track, ‘Lost In Sound’. Rounding off affairs with the up-tempo ‘I Don’t Need To Know You Love Me’, this is an album well worth adding to you collection.

Fay is at her best when harmonising with herself on top of a driving Hammond groove, and there is plenty of that going on here – I am just surprised that Jools Holland hasn’t featured her on his ‘Later’ show yet as this is spectacularly ‘on message’ with what he is doing. Following her triumphs in recent years with her albums, ‘Realm’ and ‘1975’, this is another big win – long may she continue writing and recording. 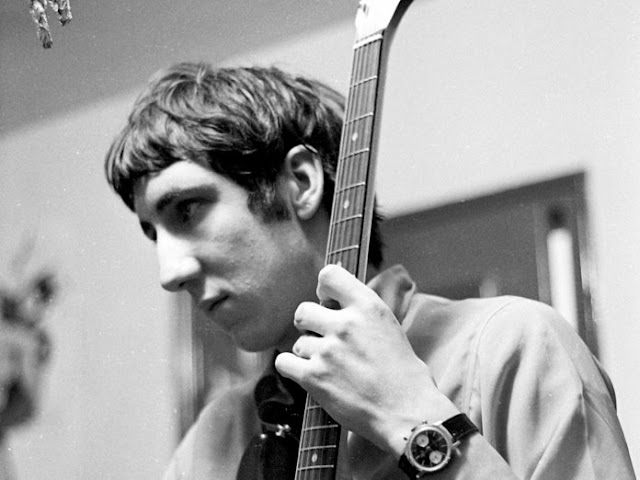