Any book that has the final phrase, “We’re all modernists now”, is always going to be a broad brush generalisation of misinformation, quotes taken out of context, and another outsiders version of the truth to be taken with a large pinch of salt – and this latest book on our scene is no exception. Quite what the fascination is for non-Mods to spout on about our scene when they are neither part of it, nor even fully understand it, is beyond me. However, the danger is always that future generations looking to find out about the Mod scene in good faith are going to be given a slanted and incorrect text on which to rely.

The first part of this book is focused on the Mod scene from the modern jazz days of the late fifties through the R&B/Soul years of the sixties and on to the splintering of the Mod scene into Northern Soul, the Skinhead culture and Psychedelia. On reading the multitude of quotes, you quickly realise that you have read it all before within the numerous books already available (by Richard Barnes, Terry Rawlings etc.) and rapidly conclude that the author has done no original research of his own but a ‘desk job’ cut and paste of what is already in the public domain. Sadly, he leans heavily on the dreadfully flawed ‘We Are The Mods’ book from American Christine Feldman (whose main hypothesis was that Mod came from The Beatles!!!) and lots of quotes from Brian Eno and Gary Kemp (if Gary Kemp was so much into the whole Mod thing, as the author asserts, why did he form an iffy band with bad haircuts and dodgy clothes). Furthermore, I have never before seen the word ‘Bauhaus’ used so many times in a book, so was particularly surprised to see it used so many times in a text about Mod.

We are then told how Mod progressed into Glam Rock (yes, you read that correctly). Just because the Glam era contained many ex-Mods (Bolan, Bowie, Ferry etc.) it doesn’t make what they recorded in the seventies Mod (in the same way that Mods I knew in the revival years who moved on to the next fashion as new Romantics, were not reinventing Mod with their Flock of Seagull haircuts, make-up and pixie boots). Also, the author has clearly been reading too much Paolo Hewitt as he pushes Casuals as the new Mods (at the same time putting down those of us who became Mods in the late seventies as a pastiche and not Mod at all), totally disregards (probably due to lack of knowledge) the eighties Mod scene (no mention of the CCI rallies, Sneakers/Outrigger, Makin’ Time, The Prisoners, The Moment etc.) and then misquotes Paul Weller and Steve White by telling us that House Music was the new Mod and Kraftwerk are a Mod band. There is a lot of nonsense written that Mod is purely about being modern (and yes, that was originally part of it and we do still progress forwards through new styles, new records unearthed and new bands writing and recording new music), but let’s not forget that the word came from Modern Jazz (as opposed to Traditional Jazz) i.e. Mods v Trads.

Along the way there is the usual factual errors of these writers from outside of our scene – The Who’s ‘Sell Out’ album, we are told, was released in 1968 (it was 1967), the Torch Northern Soul Club was in Nottingham (it was in Stoke), Richard Barnes was an original Mod (Barney even says he was never a Mod in his ‘Mods!’ book, so it should be hard to get this wrong) and the Beat had their own label called Go Discs! (it was Go Feet). In addition, Billy Bragg is a Mod, as is Tiny Tempah, and Pete Townshend overestimated the power of youth because he didn’t die before he got old (which I’m sure he’s glad about). The target associated with Mod was a Pop Art aesthetic and not, as the author suggest, a protest about past wars and a demonstration that national service no longer applied to the youth of Britain.

However, perhaps the most cutting, and ignorant, comment is that Mods buy cheap, off the peg, suits and then have them tailored to look like expensive Savile Row suits. Bite your lip and count to 10!!! Better still, go and have some therapy at your tailors!!!

In summary then, you will not be surprised to know that I found this book of almost 400 pages hugely disappointing and somewhat annoying. It also means that I am now looking forward even more to ‘Mods: The New Religion’ by our scene’s very own Paul ‘Smiler’ Anderson that I am told contains all new research and unpublished photographs of the scene (by a Mod, about Mods and for Mods). Don’t waste your money on ‘Mod: A Very British Style’ unless you like shouting out in frustration uncontrollably – you have been warned.
at March 04, 2013 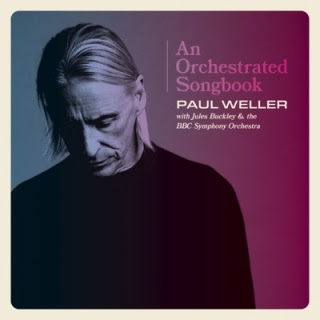