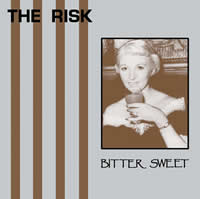 Detour Records have announced their latest release on the ‘Paisley Archive’ label, a re-issue of the 'Bitter Sweet' studio album from The Risk (that's the real, original, genuine, 'Risk', not the X-Factor imposters who are 'trading off' of Mark & Colin's good name, reputation and hard work over the last 30 years).

The Detour website says, "Hailing from Guernsey in the Channel Isles before re-locating to Bristol this band shouldn’t need any introduction as they were one of the leading main lights on the 80s Mod Scene.

First time ever to be released on CD….. This was the bands third album and is their jewel in their back catalogue as the band felt that this was the album to crack the music scene and were very proud of it. They felt that they had matured, both lyrically and musically. Even though the album sold well at the time, the big time never beckoned and sadly this was the bands last studio album. One more LP was released but was a best of… (Which will follow later in the year). The rest is history as we say…. Another great band that could of, should of….." 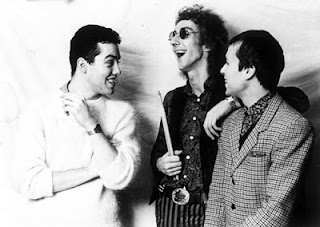 Sleeve notes by Colin Leach of the band.

This CD only release will cost you £9 + P&P from http://www.detour-records.co.uk/home.htm

Posted by Paul Hooper-Keeley at 06:03