Colouring The Past - 'Shadows and Reflections' by The Action 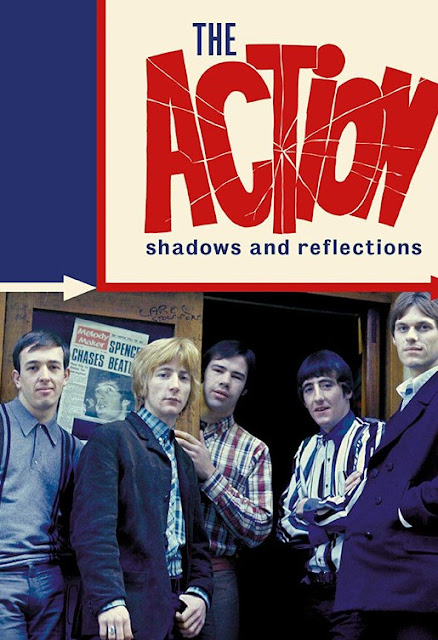 THE ACTION - SHADOWS & REFLECTIONS
The video here is the promo for THE ACTION's fifth single SHADOWS & REFLECTIONS.
I've upscaled & colourised the original black & white film.
(Note: The audio plays slightly fast in the page to avoid a block)
One of the great "lost" bands of mid-'60s England, THE ACTION filled mod clubs with happy patrons and managed to score George Martin as a benefactor but only released a handful of singles during their brief existence. Martin produced the band’s five singles issued on Parlophone between 1965 and 1967 as well as tracks intended for a never-released album.
The band's early years were spent as Motown-loving mods guided by Reg King's insistent vocals, the group's snappy backing vocals, and Martin's clean production style.
The bandmembers were able to nail Motown covers (like "I'll Keep Holding On" and "Since I Lost My Baby") thanks to the tautness of the playing and their vocal prowess.
The Action didn't write many originals at the time, though the horn-filled rocker "Twentyfourth Hour" shows they had the skills.
The band only released six singles in their lifetime – or seven, if you count a pre-Action single by The Boys – but their legend has grown exponentially since their demise in 1968.
-----------------------------------------
Hello, and a warm welcome to everyone who has joined COLOURING THE PAST.
The page is my attempt to add a little colour to the cheeks of the past. It's not intended to offer anything 'better' than the original black & white footage; just a different take.
Running the page is a one-man operation. I write and research the articles, and edit the videos which involves several hours of work - upscaling, colourising and tweaking in various software.
This takes about half a day of unpaid work. If you could see fit to make a small donation then I would be genuinely grateful.
Thank you and best wishes, Paul

Just visit one of the links to donate (all secure connections):
PAYPAL: https://www.paypal.me/decade7787
JUSTGIVING: https://www.justgiving.com/crowdfunding/ctp
Posted by Paul Hooper-Keeley at 02:53