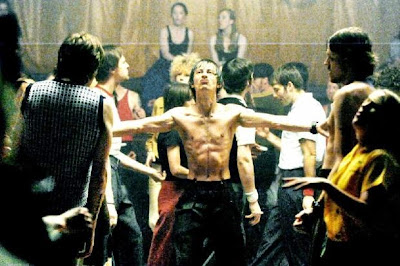 A DANCE workshop giving an introduction to Northern Soul moves for beginners is being held as interest in the musical genre grows.


The five-hour workshop, from 11am-4pm, will see Fiona guide students through basic Northern Soul dance steps before exploring the more complex spins and turns as well as “stomping and shuffling”.


Fiona herself has been a devotee of the music since the late 70s when she discovered soul all-nighters in her home town of Southampton.


She said: “The workshop is suitable for complete beginners – in fact I love it when participants tell me they have ‘two left feet’ as it allows them to start from scratch.


“I’ve always loved dancing and people told me at events that I should teach it.


“I’ve been all over the country with the workshops, it’s been so much fun.


“I’m looking forward to coming to East Lancashire as it’s one of the real hotbeds of the genre.


“There are still devotees of the music from back in its heyday in the 1970s but new people are discovering the magic of Northern Soul all the time.”


Interest in Northern Soul has been rekindled after the release of the movie of the same name, directed by Elaine Constantine.


It charts the rise of the genre in the 1970s, and features scenes shot at King George’s Hall in Blackburn.


More than 800 people turned up there in August 2012 to act as extras for the feature-length production.


It was selected as a film location because of its likeness to Wigan Casino, one of the top destinations for Northern Soul enthusiasts during its heyday.


Blackburn Soul Club, made up of fans from the town, also held its first music event at Beechwood WMC, Little Harwood, earlier this month.


Their next event is on Saturday, June 13, from 8pm-midnight at the same venue with DJs Shaun Murphy and Tez Kennedy spinning the discs.


Northern soul is a music and dance movement that emerged independently in Northern England and the Midlands in the late 1960s from the British mod scene.


Northern soul mainly consists of a particular style of black soul music based on the heavy beat and fast tempo of the mid-1960s Tamla Motown sound.
Posted by Paul Hooper-Keeley at 12:35